It's coming up to 2 years since my last visit to India, and I'm missing it's comforts and blessing more than my words can express. So I want to use this sadness in a positive way and reflect on my life in India so far, and I want to start by going right back to the start.Some of you may remember my story but for those who don't I traveled to India in 2013 a very young and vulnerable girl, much to everyone's disagreement but I went and followed my heart.

I will never forget the very first emotions I experienced on that flight to India, I was petrified it all felt surreal. I was overcome with every emotion some very unexplainable but here goes...

Taking that flight to India was the scariest yet more powerful and rewarding thing I've done in my life so far. I didn't know what to expect and because of others inflicting doubts In my thoughts I didn't even have any guarantees of what could happen in my reach. I had told Gautam many times that I wasn't coming, and hat I had changed my mind.

My very first flight to India was an experience that will forever be with me. It wasn't until the morning of my flight that I 100% made the decision to go. I had to get a bus from Scotland to London. My bus was late because of bad snow and I wasn't even sure if my flight would depart. When the bus eventually arrived I said my goodbyes and left. 20 minutes out of town there was an overturned lorry full of chickens, it took hours to clear the way. I had explained to the bus driver about an hour of waiting that I wasn't far from home and I had a flight to catch, he told me not to worry, after another hour the bus drivers legal time limit to drive was over and someone was coming to swap places with him and he would be driven down to Leeds, he kindly offered for me to go with him where he would make sure I caught a bus on time to reach my flight. I had already make a packed with my mum that if I made it to London and my flight wasn't cancelled then I would go, if not it wasn't meant to be. I called her to tell her I was getting a lift as this was another risk I was taking. I reached Leeds fine and as promised the bus driver assisted me to the right bus. He also explained to the bus driver the whole situation and the bus driver ensured he would do all he could to reach London on time,I will be forever great full, but that was not the end.

There was a lot of traffic and according to the time there wasn't much chance of making it either. The bus driver had bypassed a couple of stops due to already being behind schedule, just for me. I met a few lovely people on the bus that day who also knew my story, and offered their assistance. I was supposed to get a bus from the bus stop to the airport this wasn't going to happen and I was going to have to take the underground. These lovely girls assisted me on the underground until the last stop before the airport. The whole experience of the underground is a blur it all happened so fast. All I remember is them girls and having to swap off the tube into a different one on my own, as it was named wrong and going onto another stop. I had 10 whole minutes to get to my check in desk, I run like the wind and I made it, I checked in and was assisted straight through security and onto my already fully boarded bar me flight. I will never forget it.

It was a very long journey full of many emotions, landing in India I didn't know what to expect. I went through security I'm Amritsar and I collected my bags, I was the only white person in my flight and in the airport at that time. It's not like an airport inside that I've ever been in before, there's not loads of people standing around waiting on their loved ones in fact there was very few, and Gautam was nowhere to be seen. I glanced out the window and seen a huge crowd of people none of which I recognised, majority of them wearing a turban. Something I wasn't familiar with at all. I wondered if some celebrity or someone with importance was coming and that was security for them? In that airport I didn't know what to do, everyone was leaving but no one was there to collect them? Then I realised as the crowd got a little smaller (but still huge) that they were people's loved ones, how strange that everyone waits outside and not inside, it still puzzles me. I decided to walk outside...alone.

All eyes on me and I couldn't see Gautam at all. I eventually spotted this huge bouquet of flowers and behind this beautiful bouquet was Gautam. I had never been so thrilled to see someone I knew. I reached and gave him a huge cuddle, something I knew wasn't completely appropriate as everyone was touching each other's feet, Peri Pena, A ritual that is so beautiful and never expected to soon follow. I love the ritual and respect behind it. This was a very short trip to india, and in this short 3 weeks we became husband and wife, it's an experience I am completely blessed to have gone through. 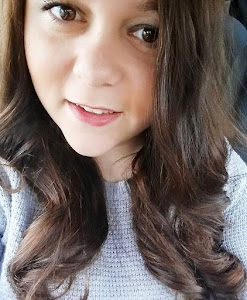 Namaste and Welcome to my blog

I am Gori Rani, meaning White Queen. I am in an intercultural marriage, with the love of my life. Gautam is originally from Punjab in India, whereas I am from Scotland in the United Kingdom, we are currently making memories in Ireland together. India is my home away from home and I wouldn't change it for the world! Gautam and I fell in love instantly and we got married traditionally in India 3 years ago. In my blog I aim to tell you our story and journey that we have had to embark on, please feel free to take a look around and leave comment. Read more about me here!